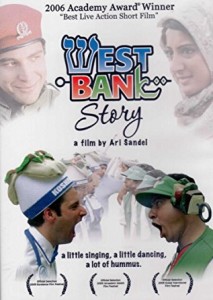 2006 Academy Award Best Live Action Film Short, West Bank Story “It’s all the singing and dancing that’s the highlight of the show here. Well executed dance numbers, catchy tunes, great production value and a whole lot of ridiculousness make this the most entertaining fast food feud since McDowell’s took on McDonald’s.” Film Threat “Set where else but the West Bank, this sharp and funny mock musical features a forbidden love between Israeli soldier David and the Palestinian Fatima, a love that cannot be because their families operate the deadly rival snack stands Hummus Hut and Kosher King. Expertly made and impressive down to the finger snapping of the rival gangs and the mugging of a camel named stormy, West Bank Story shows that short films done right retain the power to surprise and delight the way they always have” Ken Turan, Los Angeles Times

~~~~~~~~~~~~~~~~~~~~~~~~~~~~~~~~~~~~~~~~~~~~~~~~~~~~~~~
Frankie Valli predictably occupied the spotlight for most of the night, he gave gracious acknowledgment and solo turns both to his musicians and his current lineup of supporting vocalists who spent the first half of the concert  swaying and gesticulating in a carefully synchronized, old-school style — snapping their fingers here, slicking back their hair in unison there! The show ended with a steady stream of golden oldies — among them Sherry, Walk Like A Man and Big Girls Don’t Cry— followed by an encore of Rag Doll and Let’s Hang On, ensuring that Valli’s fellow pop preservationists went home happy. USA today Broadway 2012.
It was an honor to stage and choreograph for the legendary Mr. Frankie Valli. For the first time in 50 years Frankie Valli will appear in a limited engagement concert on Broadway October 19-27 2012. His music and legacy is astounding. It is a great honor.  Sherry Baby , Big Girls Don’t Cry, Bye Bye Baby and so many more. Come experience Frankie Valli as he sings his timeless hits spanning over 5 decades! “Walk  Like a Man” to the box office and get your tickets! 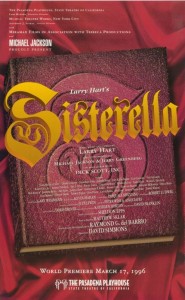 Larry Hart’s “Sisterella”, Executive Produced and Presented by Michael Jackson*Winner of 8 N.A.A.C.P. Theater Awards including Best Musical, Best Director & Best Musical Staging and Choreography! “When Michael Jackson electrified the country with his televised moonwalk on the 1983 Motown special, he made it clear that the most vital choreography in America was no longer to be found anywhere near the legitimate theater. Now, in “Sisterella,” Choreographer Raymond G. Del Barrio brings MTV to the stage in the wittiest and most exciting hybrid of the two forms I have ever seen. In number after funky number, he expertly manipulates a large cast of dancers to make the stage explode with movement from every corner. He loves detail an provides so much of it so fast that you’ll leave the theater feeling you have to see the show again”  Laurie Winer – Los Angeles Times

“Choreographer Raymond G. Del Barrio masterfully combines MTV techniques and classical dance to create motion that indeed elevates the art. The explosion of movement , performed by a large cast of exceptional dancers, along with well timed funky jokes and powerful voices with range infuse “Sisterella” with an electrifying uniqueness that I haven’t seen in many years”
R.M. Sydnor , Oxford Review

“Over the top good humor and dynamic staging and choreography, Del Barrio fills the proscenium with toe tapping lushness that just keeps topping itself” The Beverly Press “One of the biggest hits of the show is Raymond G. Del Barrio’s choreography. Fresh, ingenious, inventive, Del Barrio seamlessly combines ballet with modern dance and musical staging of such a large cast is no easy feat but he makes it looks easy”
William Campbell, Theater Review 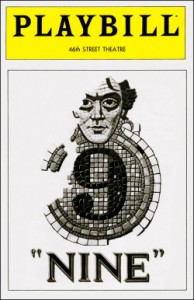 “I’ve had the wonderful fortune to observe Ramon’s work at Stagedoor Manor and – as someone who has participated in and viewed youth theatre for over 40 years – I have to say that his production of NINE was in the Top 10 ALL TIME of the work that I have seen in youth theatre. All too often, particularly in youth theatre, we see directors who work to the strengths of a particular production: They have a few solid performers, and they attempt to build a show around just those few students. That simply isn’t true with Ramon. His vision is of a collaborative environment where all students can learn – and his direction seeks to highlight the individual strengths of his performers, while still providing them valuable learning and growth opportunities. His recent production of NINE – featuring an all-teen cast – remains the highlight of my year. With a timeline of just 3 weeks, he drew beautiful performances and pointed, specific choices out of his actors, but – as important – left no student behind. His production was marked by maturity, detail – and a great deal of beautiful staging. Each large production number involved every single member of the cast, and – for the life of me – I couldn’t find weak links on stage. When I inquired, Ramon admitted that he had students in the cast who could not dance or sing, but that he had worked to find special moments in every number for each one of them, so that the audience would never notice – and so each student could have a great time on stage. I look forward to Ramon’s next production!” –
David Quinn, Board of Directors, 5th Avenue Theatre, Seattle 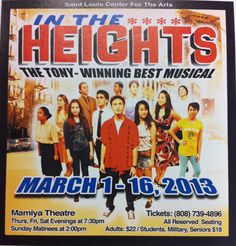 Tony Award Winning  “In The Heights” Hawaii 2013 Mamiya Theater, St. Louis Performing Arts “Thanks to choreographer extraordinaire Ramon Del Barrio. The students moved like salsa dancers who have been doing this for years. Del Barrio created dances that featured the abilities of each student and strengthened the image of this community with numbers like “96,000”, “Carnival del Barrio” and the title song “In the Heights”. My personal favorite is the Act One finale which begins in an epic club dance and ends with a city wide blackout; it is something that needs to be seen multiple times to be fully appreciated. Every number is precise, never feels too choreographed and is faithful to the Latin moves that inspired Lin Manuel Miranda (creator of In the Heights)…” John Berger

Babalu “Ramon Del Barrio, BABALU’s choreographer and co-creator, is the one creative force who seemed never to lose his way, with joy, passion and spirit, that is part of the legacy of Desi Arnaz. Mr. Del Barrio does great work with Richard Amaro and Jennette Delgado. The show kicks into high gear when Mr. Del Barrio gets to strut his stuff with his principal dancers. One only wishes that Ramon had more dancers and more opportunity to whip us into a frenzy with his spot on choreography.” Broadway World The sleek Lucie Arnaz has a fine, Broadway- and nightclub-tested voice, a gift for storytelling and a comic timing that probably runs in her DNA. She has a ball on the tongue-twisting “singalong” “Rumba Matumba” and delivers a jazzy duet with Pettiford on “Old Devil Moon.” The terrific “New Desi Arnaz Orchestra” led by musical director, pianist-arranger Ron Abel, with more-than-able contributions of the star’s brother on drums. Desi Arnaz Jr. is, in fact, a fabulous percussionist who marches to his own drummer! ”Pettiford, whose still-sinewy body attests to her days as a Bob Fosse-trained dancer, brings sultriness to the table, particularly on the glorious “Come Rain or Come Shine” and in a sexy duet with Esparza, as he sings “Amor” to her “Bésame Mucho.”“ The Miami-raised Esparza, as the opening-night crowd’s thunderous reactions made clear, is the show’s true star, and not because he sings `Cuban Pete,” “Granada,” “Cuban Cabbie,” “Babalu” and other songs associated with Arnaz. This is a Broadway leading man at the top of his game, an intensely dramatic singer making his first return to a hometown stage since he became a regular Tony Award contender.” “Esparza infuses his “Babalu” numbers with sexiness, impishness, blazing theatricality. Watching him work is, as Broadway audiences have long known, thrilling.”

Broadway Show Stoppers Po’Okela Award Winner Best Ensemble Army Theater, Hawaii “The biggest “wow” moment comes when Ramon Del Barrio takes the stage for a superbly executed solo interpretation of “Mr. Bojangles” that displays his formidable talents as a dancer, choreographer and singer. Not a movement is wasted as Del Barrio’s one-man performance utilizes the entire stage in a glorious celebration of the magic of motion that captures the poignancy of the lyrics as well.”

Director Scott Culver on working with Ramon on The Early November’s “Hair” MTV Music Video -debut #4  “Ramon was all around one of the most influential pieces in making the project as magical as it is. He brought so many different styles to the video and was constantly one step ahead of the production. With little time to deliver, he consistently stepped up and Choreographed some truly awesome sequences. He is a creative force not to be taken lightly.” The “Hair” video was given a 24 hour premiere on MTV airing every hour on the hour!!!” 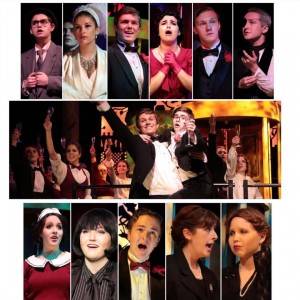 “To say working with Ramon was a “pleasure” is an understatement. With Ramon, I was never treated like a kid, or even as a young performer. In his eyes, he treated our whole ensemble of Grand Hotel (with kids the ages of 14-18) in a professional, adult manner. This is crucial for young actors who are going through such a formative time of their lives. Ramon does an excellent job at extracting the best possible performance from an actor. He challenged me in a way I’ve never felt challenged before. I feel as an actor, working with him has allowed me to grow, and as a person, I have learned just as much. Ramon was always quick to pause from the actual content of the show, and give us a quick lesson he’s acquired over his years. His experience is inspiring, and something that the entire ensemble took from. At the end of the day, working with Ramon was a treat because you can tell whenever he’s working that he cares. You will never see Ramon going through the motions. He cares about the work he’s creating, the dance moves he’s choreographing, and the scenes he’s blocking. He not only cares deeply about the piece he is creating but the ensemble he is working with to create the piece as well. Working with Ramon will be an experience I never forget, and one I hope to relive many times in the years to come.” Professional Actor ~ Jamie David 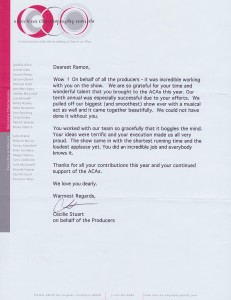 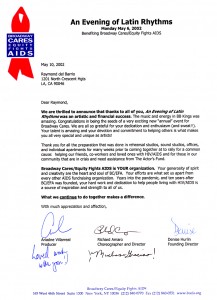 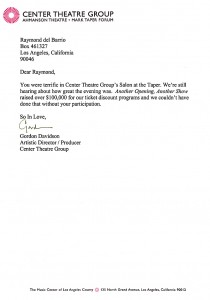 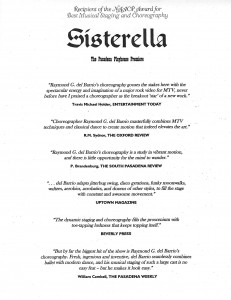 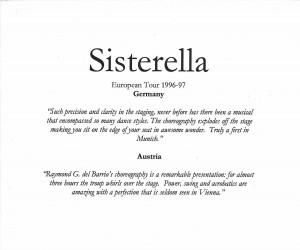 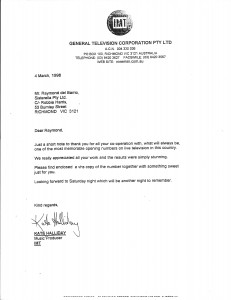 “Ramon Del Barrio is not only one of my dearest friends but also happens to be one of the most talented choreographers around! I attribute that because of his own extraordinary talents as a dancer, singer, actor, director and producer. As you can see he has done it all. His vast knowledge in all areas is insurmountable. And if that wasn’t enough, he’s Gorgeous!” – Valarie Pettiford- Tony Nominated Broadway and Television Star

“Ramón’s style is one of originality and versatility….be it Broadway, MTV, or Street,  Ramón conquers each with innovative imagination….” Michael Chambers, Emmy Award Winning Choreographer, Director and Producer, MC Productions

“Oh the laughter! This is what I will always remember and always look forward to when working with Ramon. I’ve had the pleasure of assisting and dancing for Mr. Del Barrio on many projects. Each project he would surprise me with another talent. Whether it be dancing, singing, choreographing, directing, producing, or comedy, Ramon has endless talent. He is the true meaning of the phrase ‘Triple Threat”. Jillian Schmitz Professional Dancer and my Assistant On “West Bank Story”